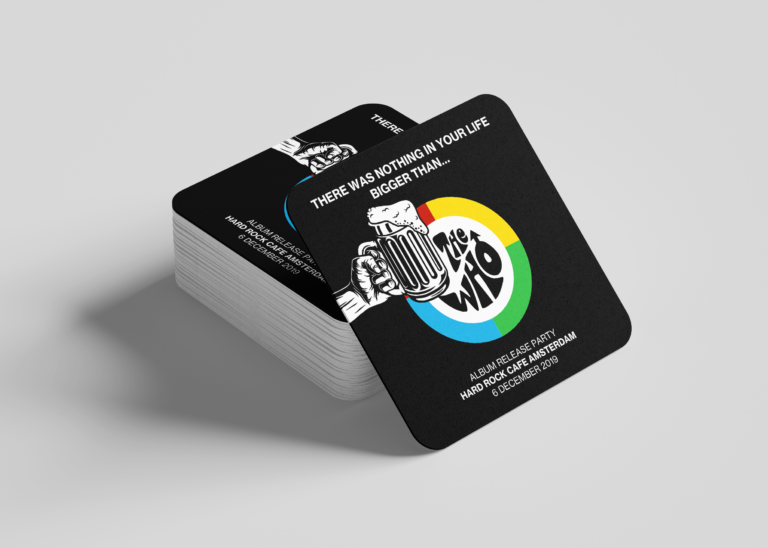 A brand new studio album by The Who, the first since 13 years, was released last Friday, December 6th 2019. Reason for the most fanatic Dutch fans, myself included, to throw a release party at the Hard Rock Cafe in Amsterdam. As a small contribution to the party, I designed a beer coaster. The text "There was nothing in your life bigger than..." was taken from the Who song "Dogs". In the chorus of that song, they sing: "There was nothing in my life bigger than beer."

In my design, you can choose for beer, The Who or both.

Play Dogs by The Who